The Canary Islands have a clear volcanic origin, is located in the central and eastern section of the Atlantic Ocean. Composed of seven islands and six islets, the area is about 7,447 square kilometres. Shares common features with other Atlantic islands such as the Azores, Madeira, and Cape Verde Wild, with which it forms the geographical scope of the Macaronesia.

The trade, combined with the topography of the islands, are responsible for the weather stability, with moderate temperatures and low rainfall, which the Canary enjoys throughout the year and become one of the main tourist destinations in the world. However, this stability is not synonymous with uniformity.

Apart from the differences between islands, within each, altitude and proximity to the sea locations provide them with a variety on unusual weather. Hence why it is said that they are miniature continents. 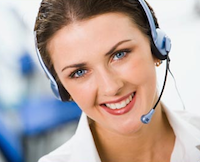